The RusCable.Ru portal has signed an agreement of information support of the second International ARMY-2016 Forum The International forum “ARMY”, which took place for the first time last June in Kubincka near Moscow, became a new outstanding event among exhibitions of armament and military machinery in the world. The interest to the Forum from the side of the government of the Russian Federation, Russian and foreign enterprises of the military and industrial complex, business community and foreign states was unprecedented.

The RusCable.Ru portal,  a single representative of sectoral internet mass media in the field of power engineering and electric machinery at the Forum, has signed an agreement of information support of the forum in 2016. In conformity with the one of the main aims of the Forum- to introduce all the most advanced, perspective technical, technological and other solutions for needs of the Defense Industry of Russia at one platform, the portal promised to inform the audience of the events focusing on the field of power industry.

In 2016 participants of exhibitions will become state corporations, enterprises of the Defense Industry of Russia, the leading scientific and research institutes, civil and military institutes of higher education and also domestic and foreign developers, producers of the armament, military machinery and technologies of double and special purpose.

The exhibition territory will be segmented by sections as it was last year. Some companies have already declared their participation. In the section “Building and capital repair, technical content and maintenance of a material and technical base these are LLC “EZOIS”, CJSC “Cheboksrarskiy electrical apparatus plant”, JSC “PPMTS PERMSNABSBIT”, JSC “Oboronstroy”, Spetstroy of Russia.

Within the bounds of the Forum exposition, static, demonstration and scientific and business programs have been foreseen and participation of official foreign delegations have been also planned.

The Minister of Defense of the Russian Federation the general of Sergey Shoygu's army appealed to participants and guests of the Forum.

“I'm sure that The International military and technical forum “ARMY-2016” will serve for consolidation of attempts of science and industry, production and export of domestic hi-tech military products and for strengthening of the international partnership”.

The business program will be organized in the format of an extended conference of the Scientific and Technical Board of the Ministry of Defense of the Russian Federation. During the plenary session, conferences and round-the-table conferences actual questions of working out of the newest technologies and perspective directions of the development of a military and technical field will be discussed.

In 2015 more than 7 thousand people took part  in the work of more than 90 round-the-table conferences and briefings. Among them there were representatives of the Federal Assembly of the RF, federal authorities, enterprises of the Defense Industry of Russia, institutes of higher education, business communities and more than 20 representatives of foreign countries.

Today the “Army” is the largest Russian platform for the display of modern examples of the armament, military and special machinery. Exhibition halls and outdoor expositions of a total area of 140 thousand square meters will be at the territory of the Park, conditions for the demonstration of running, flying and fire opportunities of the armament and military machinery will be created. 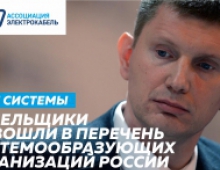 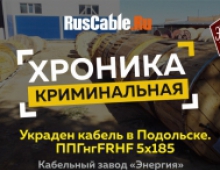 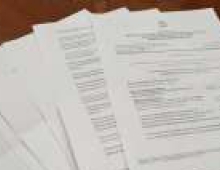